Wed. June 29th @ 8pm central
(Thurs. June 30th @ 1am UTC)​
The developers will meet in Discord and test for approximately one hour. However, the servers will remain open for roughly 4 hours. The most up-to-date client can be retrieved via the patcher found on your account page.

What's new?
This week brings a number of bug fixes, a few QoL additions, and some npc swimming improvements. The biggest focus this week is troubleshooting the skybox to figure out why it stops progressing time after a while. We have added a number of buttons to the video options which allow you to reset specific components of the skybox which will greatly aid us in resolving the problem permanently. Please see below the break for a deeper explanation of what we need here; thanks!

Bug fixes / improvements:
New stuff:
Npc swimming tech
This week I have completely refactored how NPC's swim. Previously I had a special "swim trigger" at a fixed distance below the water surface which dictated the position of NPCs in the water. The issue with this is that each NPC is of a different height and if they are all placed in the water at the same position under the surface then their animations would not line up (crocs may be too low, bears too high, etc).

This refactor set the water surface as the "water", and each individual NPC has a "swim offset" value which determines how far below the surface the server should place them. Once an npc enters the water they detect that the water is above them, and then calculate if they should be "swimming" or "walking" based on their height. If they are swimming, we apply an offset to place them at the correct position below the surface so that their animations look correct. This required individual tweaking for each swim NPC but the results are much more consistent.

Humanoids can now swim - but their swim offsets currently do not account for their height differences (fix to come later for that). Also note that the nav mesh below the surface can be a bit rough so npcs may path a bit odd while swimming - this is a WIP.

Equipped tooltip comparison
When you are investigating the tooltip for an equippable item a comparison tooltip should accompany it if you have that particular slot filled. This tooltip will only show up if the destination equipment slot is currently filled and you can equip the item (meet the role requirements). For weapons it will compare to primary or secondary depending on which you have currently selected. For equipment slots that have multiple places however (shoulders, bracers, leg guards), it will only compare to the first one it finds. 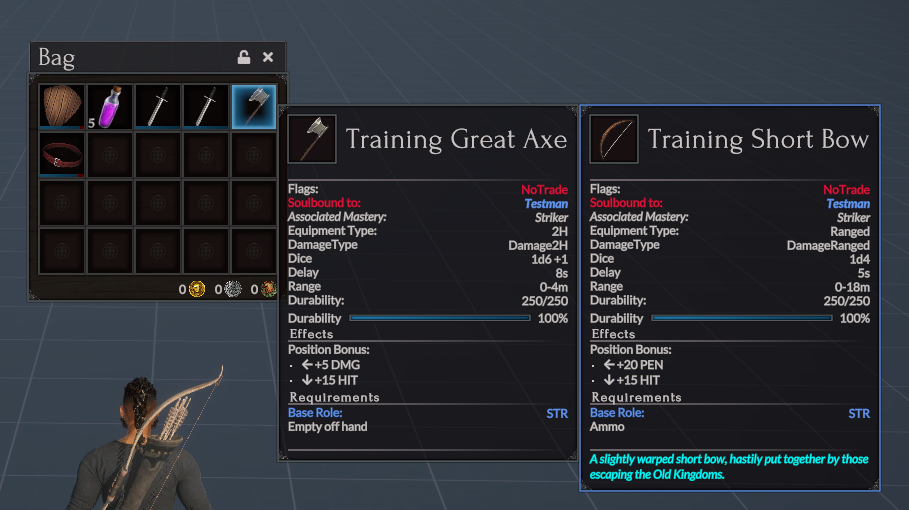 Skybox debugging options
Since moving to the new skybox some have found that it occasionally gets stuck and stops progressing time. Thanks to the community we found that changing the quality essentially "resets" the skybox. I have been in discussions with the author to track down this problem and once again need your help!

I have added 7 buttons to the video options which reset different components of the skybox. What we need from you is to keep a close eye on "/time" and keep track of how long it takes for the skybox to stop progressing time. Now once that happens, we need to figure out which button "fixes" it. When the skybox stops responding, open up your video options and press the first button and see if anything fixes itself. If not, move on to the next button and jot down the results. We're basically trying to figure out the culprit by process of elimination. If you find that one of these boxes "fixes" it, or maybe a combination of these boxes "fixes" it - let us know which! Don't worry so much about what each of these buttons does, just send along which ones do the trick! 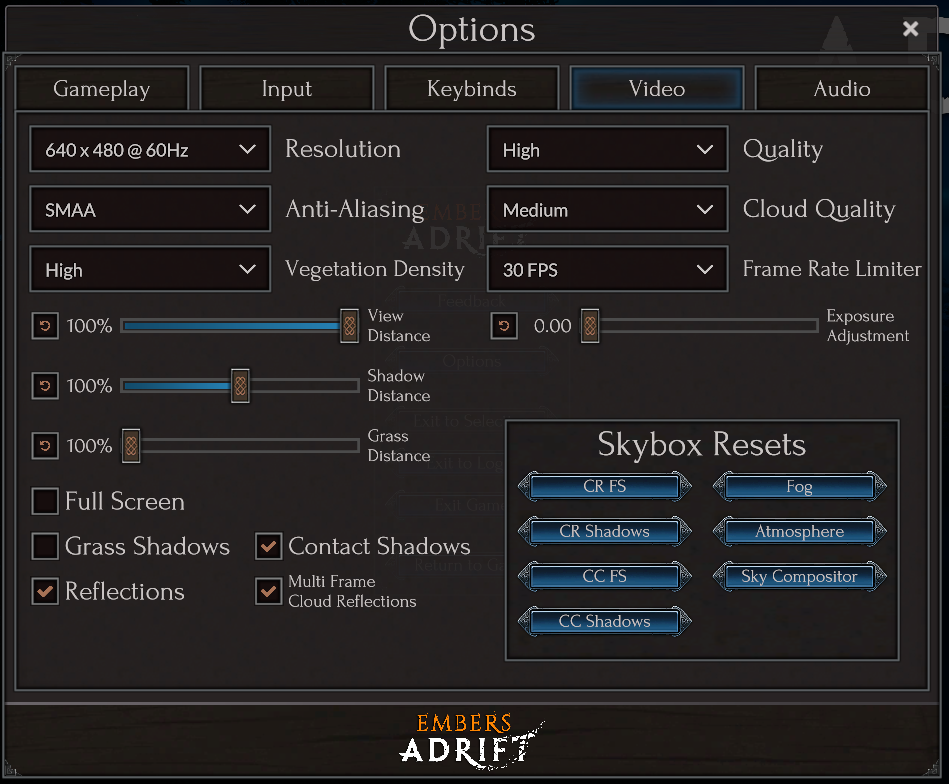 Unity 2021 upgrade
My plan is to move the team over to Unity 2021 this weekend. At which point we can start taking advantage of some of the new features, fix terrain texture tiling, fix some of the fog issues, etc.

Stormhaven Studios
Patch for the weekend:

Undone said:
Patch for the weekend: