Wed. April 27th @ 8pm central
(Thurs. April 28th @ 1am UTC)​
The developers will meet in Discord and test for approximately one hour. However, the servers will remain open for roughly 4 hours. The most up-to-date client can be retrieved via the patcher found on your account page.

What's new?
This week, as promised, is a bit low on content since Adric is out of town on vacation. However, I was able to knock out a few back-end tasks which should make abilities less error prone moving forward. Hit and penetration have been squished, along with NPCs now checking on alerts a bit quicker. A Unity 2021 build is starting to look a bit more promising and may be ready by next week as well. Finally, we are introducing a new notification system which we hope to expand on in the coming weeks.

World Breaker Notes
This coming Saturday we are running the first "World Breaker" event starting at 10am. The general premise of the event is us opening the flood gates to a number of non-backers for the weekend to see how our servers perform under higher loads. For this first test, we are establishing a baseline using our current hardware; performance metrics and data collected from this event will be used to inform our decisions moving forward on what hardware/cloud solutions to invest in. To ensure that this event runs smoothly we will not be testing on Friday at our normal times. After our Wednesday evening test the servers will be shut down and will not again be available until Saturday at 10am.

REMINDER: the servers will be open for 4hrs Wednesday evening. The servers will open again on SATURDAY @ 10am central and close on Sunday at 11:59pm central. See events in Discord for timezone translations.

Now that we have this general system in place we can easily expand it to include things like tutorial text, quest updates, weapons breaking, over encumbered, etc. There are currently some sorting issues where the notifications may appear behind one of your chat windows - but this should be resolved in the coming weeks.

Works in progress:
New Creature (timeline: working on animations)
Here is a preview of our next custom creature currently in the animating stage (arguably the most time consuming without a dedicated animator). This little guy will likely inhabit Dryfoot as there are plenty of insects to eat. 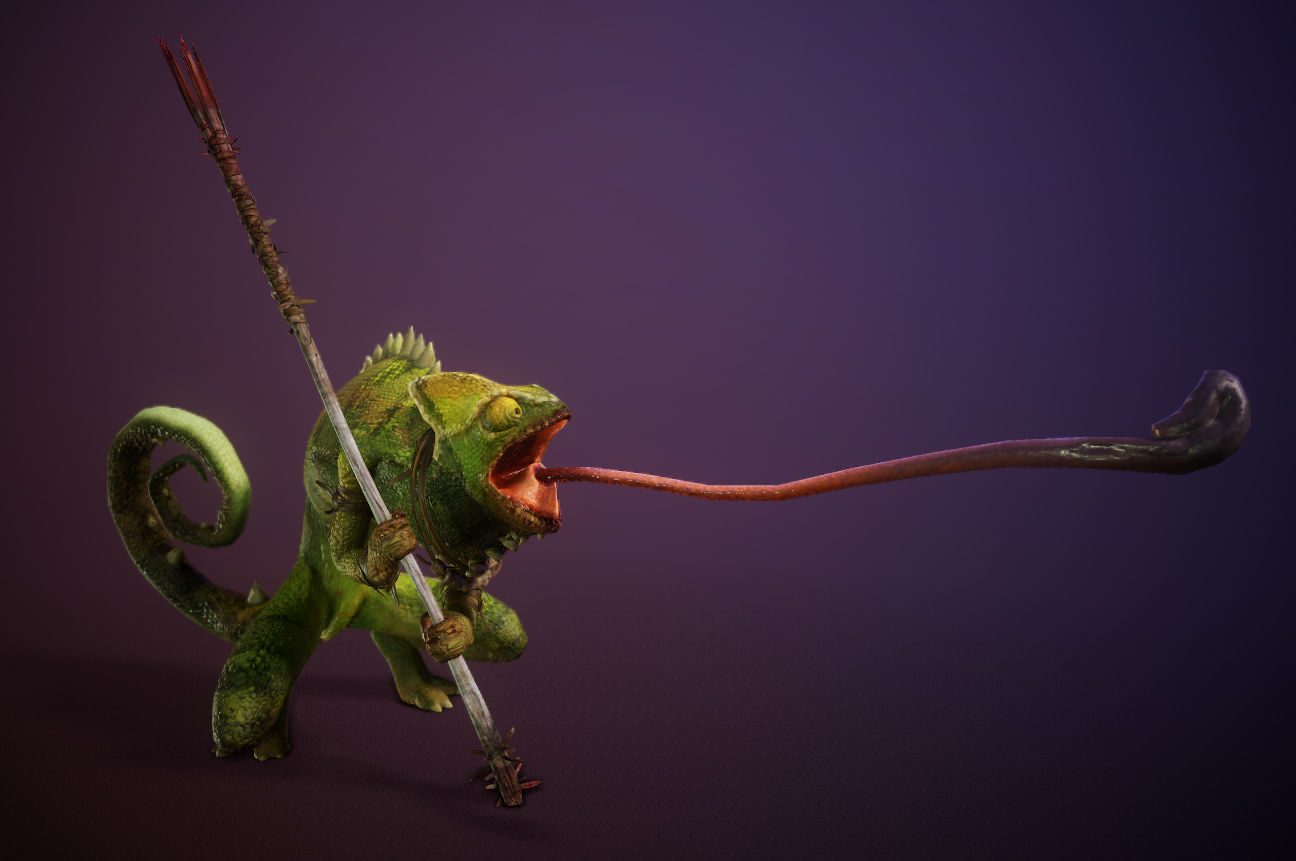 Stat Consolidation (timeline: work in progress)
This week's changes include those to HIT and PEN which are now universal meaning they do not have sub types. I started work on damage type consolidation but there are some design issues that need to be discussed before moving forward with them. Given that our senior designer is on vacation it will have to wait until he returns.

Reagent Upgrade System(timeline: ...)
This design allows the player to collect ember essence naturally as they play. Capping the amount in which they can collect at any given time prevents hoarding and forces the player to make a decision on what to spend it on if they want to continue collecting. The considerations mentioned above would allow the players additional ways to spend their essence for the good of others which is something we are always striving to provide.

Implementing the actual ember essence drops should be relatively straight forward and take little time. However, giving the players something to do with that ember essence is the challenge here and requires some design time. Since we've had a truck load of other things to do in the mean time we likely won't be adding the first part until we have something for you to do with it.

Unity Upgrade (1 week?)
I spent a decent amount of time with 2021 this week and believe I have it in a workable state. The MacOS build still has some lingering issues but we are likely just going to have to deal with it. If all goes well I hope to have a 2021 build ready for next week for performance testing. This first test will NOT include any new skyboxes etc etc - it will merely be for performance comparison to the current 2019 builds. If no major issues are encountered then we can move forward with utilizing the new 2021 features.

Hope that mob drops that stick of insect collecting!!! Can give it to madmedic.

The new creature is awesome! Happy to see a humanoid type thing that isnt a goblin. Excited to see the move to Unity 2021 even if I get a performance hit.

Dalton said:
The new creature is awesome! Happy to see a humanoid type thing that isnt a goblin. Excited to see the move to Unity 2021 even if I get a performance hit.
Click to expand...

Well hopefully the apple silicone build will compensate for it somehow? lol. I hate Unity so much sometimes...

Undone said:
Well hopefully the apple silicone build will compensate for it somehow? lol. I hate Unity so much sometimes...
Click to expand...

Loving the updates guys, new mobs too. Time to get my chameleon squishing hammer out.

Undone said:
You can no longer sit while moving.
Click to expand...

YAY! Rejoice! Long time one I can mark off the list.

Dalton said:
How long post 2021 upgrade can you give me a M1 test build?
Click to expand...

probably a week or two. as long as the non M1 build is "stable" I can flip a switch and see if the M1 works ok. i don't think it's going to give us as much of a benefit as we had hoped though

Honestly compared to how the game ran on my M1 even a year ago, the performance has increased a lot. Removing a layer of emulation through Rosetta I expect to see atleast a 10% boost. Which may seem small but will really just smooth everything out. I am excited, thank you for taking the time to look into it even though its a small number of us on Mac (you included).
You must log in or register to reply here.
Share:
Facebook Twitter Reddit Pinterest Tumblr WhatsApp Email Share Link
Menu
Log in
Register
Install the app